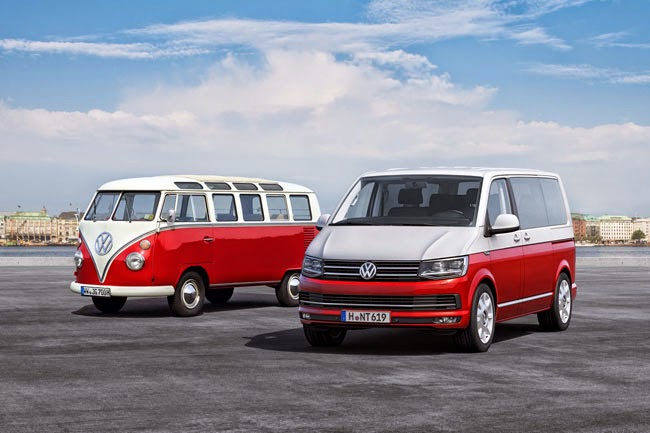 Here's the all-new T6 Transporter Van that will be offered in 2016 by Volkswagen, yah this sixth generation of Type 2 is commonly known as VW Bus or VW Microbus in the US.

It looks like the same as the T5 and its predecessor, it's just a facelift to me, doors, and the interior is pretty much the same. Volkswagen has retained the same footprint and boxy silhouette and only refreshes its appearance with sharper exterior lines and details like the available LED headlamps and rear lights, also modernized in styling and tech features added to its interior. 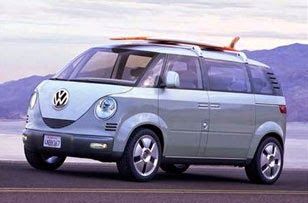 As with its predecessors, Volkswagen offers plenty of different versions of the van. The new 2016 VW Microbus is available for commercial (cargo), passenger, and recreational (campervan) purposes.

To celebrate the birth of the new T6, Volkswagen will offer a limited edition called "Generation SIX" which comes with two-tone colors exterior and interior and many more upgrades such as 18-inch "Disc" alloy wheels, standard comfort, and safety features.