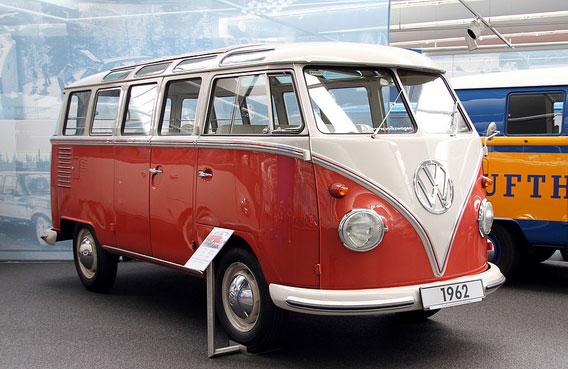 Some of you might know it already, but someone out there needs to know ^_^ 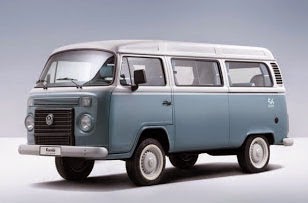 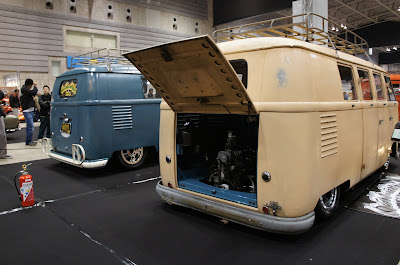 What's the meaning BarnDoors ?
The early versions of the Type 2, produced 1949 until 1955 were often called the T1a or "Barndoor", because of the enormous rear engine cover.

Wolfsburg for VW bus ?
Heimat Wolfsburg is where the first factory The T1 was built before moving to Hanover in 1956. Wolfsburg Editions are models with a higher level of trim, and upgrades, they usually include some options without any extra charge (power mirrors, power door locks, and power windows, etc.) It's believed that the Westy Weekender only came as a Wolfsburg Edition.

Microbus
Any Volkswagen Transporter from 1949 to 1967, characterized by a split (two-piece) windshield and rounded body contours. all were powered by beetle Type 1 engines and all had 'reduction gears' on the half-axles. known also as T1 Transporters.

Transporter
Any of Volkswagen smaller trucks and vans. known as Type 2, they evolved through four (4) 'generations': T1, T2, T3, and T4, but the entire line of vehicles has always been called 'Type 2'.

Safari windows
A type of front windshield that tilts outward for additional ventilation. found only on Microbuses, and usually only on on those in equatorial/tropic countries.

Bay window
Another name for T2 made from 1968-1979. So called for the large single-piece windshield.

Bulli or Bully
The German nickname for the original VW buses. loosely translated, it means "work horse" or "oxen" (some sort of strong animal used for pulling heavy loads).

Deluxe
A model of early buses that had the highest level of interior features and trim levels. Usually with the small sight-seeing windows in the roof and either 21 or 23 side windows. Also a HUGE fabric sunroof was available as an option.

Samba
Usually refers to the VW Microbus / VW Bus Deluxe T1, with 21 or 23 Windows and a Sunroof. more detail

Kombi
Some people mistakenly refer to all buses as "kombis," when actually it's just one of several models. By definition, a "kombi" is a "kombination" of commercial and passenger vehicle, which could be change functionality with the quick removal of the rear seats. It has 3 windows in the sides of the cargo area, and one in the rear hatch. The rear window on a kombi is smaller than that of a deluxe. There were only hardboard panels for interior in the front cab section, covering the doors, roof, and behind the nose. There were no headliner or carpet, and rear seats were optional. Kombis were frequently used as the basis for campers.

Standard
Upper mid-range model of the bus with nicer interior components than the Kombi, but without the extra trappings of the Deluxe model. Standards have headliners, while Kombis and Panels did not. Standards usually came in two-tone paint schemes, and had middle and rear seats.

Camper
A model of bus that contained interior features such as a bed, stove, cabinets, and in some versions, a refrigerator. some versions had a pop-up roof to allow extra room, ventilation, and sleeping room 'upstairs'. Some of the many companies making campers are Westfalia, Winnebago, Devon, Country Homes, Dormobile, and TRAKKA.

Campmobile
Another name for camper versions of the VW Transporter. For whatever reasons, this term seems to have been dropped for the Vanagons, except in Canada.

Single-cab
The ¾-ton version of the VW pickup truck. seating for three people.

Pickup
A model of bus that had a flat load bed with no fixed roof over the rear half of the vehicle. Optional canvas tents were available to cover the rear flat bed area. (See Single-cab and Double-cab.)

Doppelkabine or DOKA
The German name for Double-cab pickup truck.

BINZ
Binz is a German coachbuilder in Stuttgart-based, who makes the first time of Double Cab transporter based on the VW T1 in the 50s before the Volkswagen factory made its own in 59.

Walk-through
A walk-thru bus is one that has a split front seat arrangement, with a 2 foot or so gap in the middle, allowing someone in the front seat to get up and walk to the back of the bus. A lot of people confuse the term "walk-thru" with "double-door".

Double Door
This is one of the most comical misuses! Some people think the term "double door" refers to the two side cargo doors. It actually refers to a bus with cargo doors on both sides, and doesn't necessarily mean a bus with the twin cargo doors - there are buses with a sliding door on each side, which is a rare configuration. I have even heard the term "double barndoors" which is even more hilarious. For passenger models, the middle seat folded down on both sides - a very hard to find this item!

Semaphores
Semaphores, or "trafficators," were the predecessor to the flashing turn signal. When activated, an electromagnet pulls the arm up, a light goes on inside, and when the semaphore is up all the way, a contact is made and the turn signal indicator lights up on the dash. The light does not blink, although some people have made minor modifications so they will.

Syncro
The four-wheel drive version of the Vanagon, made between 1986 and 1991. using a viscous coupling arrangement, the front wheels could be made to automatically provide pulling power (at any time the rear wheels began to slip or spin). This term also applies to the four-wheel drive EuroVans, which are unfortunately not imported into the United States. Here for more detail

EuroVan
Any of the Volkswagen Transporters from 1992 to present. some were sold in Europe in 1991. generally characterized by their engine located in the front and front wheels drive.

Eurobago
Slang term for the Volkswagen EuroVan camper, which was converted by Winnebago.

Weekender
An accessory package originally available on the Vanagon that bridged the gap between the passenger van and the camping-oriented Westfalia model. With the included rear bench that folded into a double-bed, fold-out table, and privacy curtains, an owner could easily move seven people during the week and provide sleeping space for two on the weekends. This idea and name have just been reintroduced as a model of the revamped Eurovan called the MV Weekender.

Westfalia or Westy
One of many camper versions made from a basic VW Transporter usually the only camper version imported into the U.S. by VW and sold at their dealers. Westfalia also converts EuroVans into full camper units for sale in Canada and Europe.

Winnebago or Winnie
An RV manufacturer chosen by VW to convert basic EuroVans into full camper units for sale within the United States. Winnebago also manufactures the Rialta from the standard EuroVan body.

Dormobile
Another company that made camping conversions of VW buses.

Devon
An English company that made camping conversion VW buses.

What's the difference German between Brazil bus ?
Brazilian bus have a lot of diversity, among American enthusiasts, it is common to refer to the different models by the number of their windows. The basic Kombi or Bus had 11-windows. Deluxe models had 15-windows, but was not available in Europe. The sunroof deluxe versions had eight skylight windows and is known as the 23-window. A 13-window and 21-window version were produced starting in 1963.