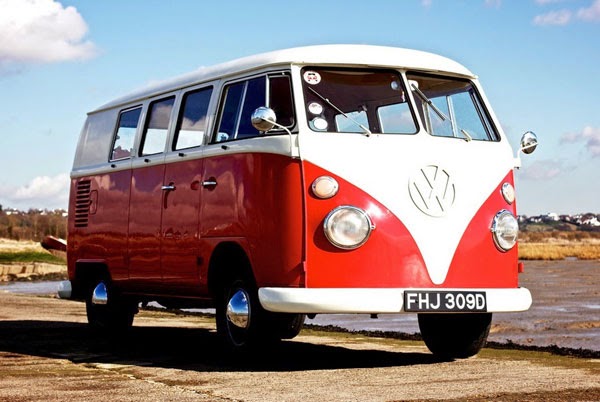 Year of construction 1966. Volkswagen Splitscreen Campervan for Sale in the UK. Ex-Switzerland military bus, described as mint condition, still with original special specifications, equipment, and modifications requested by the Swiss Army. The bus is always kept inside the dry garage.

This is a left-hand drive 11-window kombi bus powered by a 1500cc engine. Has been repainted, with no mechanical issues is running well too, for more details and info please read below.

We stumbled across this bus in Karmann Konnection, Southend-on-Sea Essex in April 2003. The 1966 bus was originally a Swiss army Radio Bus in ‘Olive Drab’ green. The bus was — and still is — in mint condition, left hand drive and had a genuine The van has been dry-stored since new. Spending 38 years in an aircraft hanger in Switzerland and the last 11 years garage kept. The Swiss army had originally requested many modifications for the bus including a 24 volt generator, roof-mounted aerials, black-out blinds, shielded electrics, a service clock which logs the usage in hours and even cruise control! The 1500cc engine still has this rare limiter installed.

Although we was looking for a fully-fitted camper for weekend trips I immediately saw the potential in such a mint condition bus and we bought it straight away. The bus was painted a month later by Hillcrest Classics of Southend-on-Sea and was then kitted-out as a camper with cupboards, TMI panel kits imported from California, a rock n roll bed and a 12 volt leisure battery for the interior lights and radio was also installed.
I am also including a 3 Bow Stainless Steel Roof Rack and Ladder by Creative Engineering which cost 550. Although it was not fitted when I took the photographs it can be seen fitted here.

Amongst the original paperwork supplied

The bus still runs perfectly well on it’s original 6v system. I have since swapped out the original headlight bulbs to the more efficient halogen type and changed the indicator bulbs for the brighter LED

I continued keeping the van in a garage after taking ownership and hence it’s been dry stored from new. There is no rust anywhere, the van has never been welded and still looks like new. It’s never let us down. The van has been serviced regularly and I have kept a full service history during the last ten years.


VW SPLITSCREEN CAMPERVAN 1966 LHD
Along with the original 1966 owners spares box is the original paperwork pouch and two copies of the original ignition/door key.
Inventory: