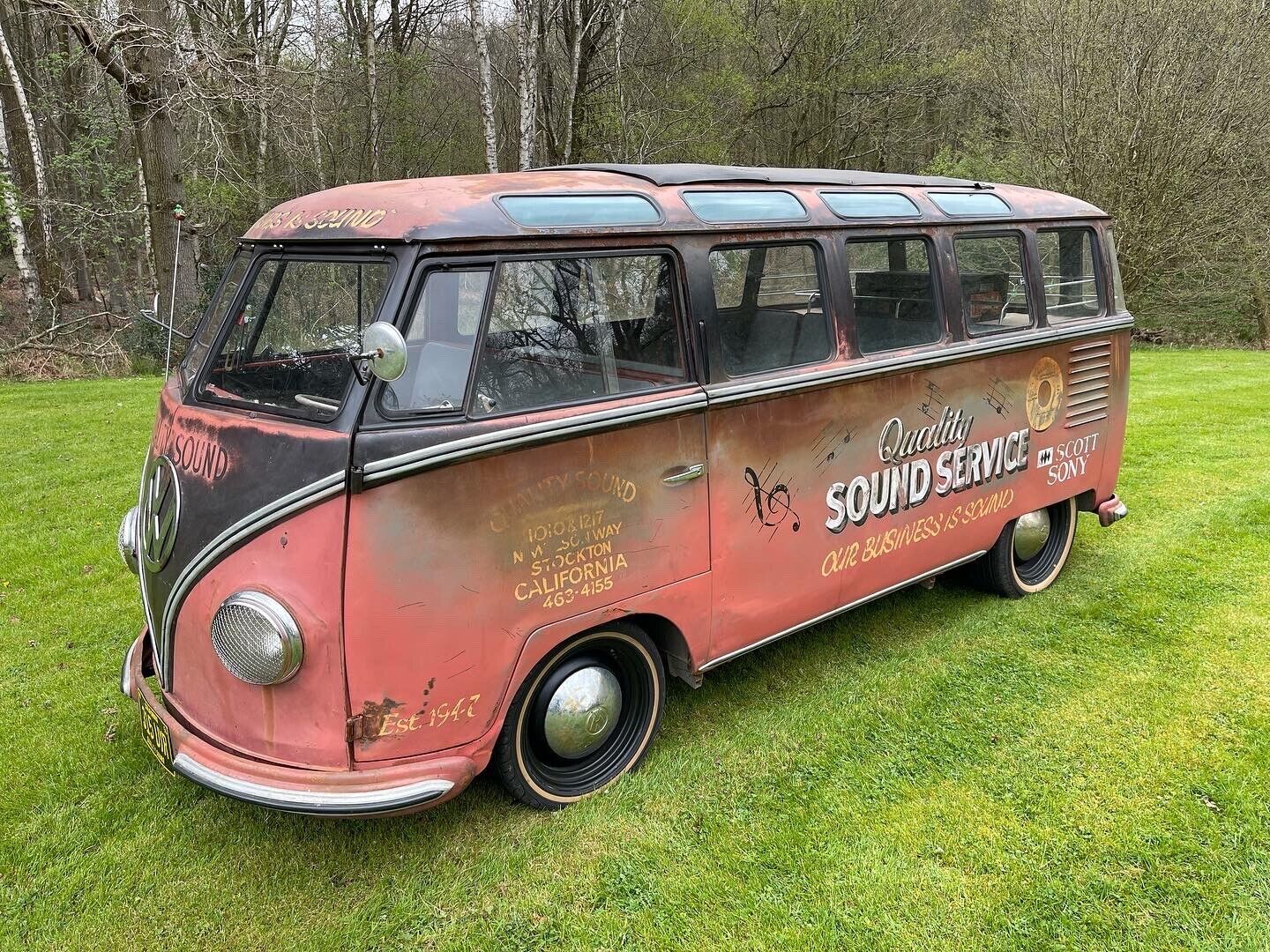 Year of construction 1954. VW Barndoor Splitscreen Samba 23 Window Deluxe for sale in Reading, United Kingdom. Found this one on eBay was posted about 19 days ago and is still online today, extremely rare bus is one of the coolest examples of the model it could be the most valuable of the collectible vintage microbus on the market today, powered by a modernized motor Porsche.

Fully restored and preserved using as many original panels as possible this bus drives better than new with more modern running gear to get the full enjoyment from the bus. All new running gear and sympathetically restored this unique vehicle is for the discerning collector only who knows what it is... 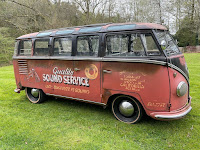 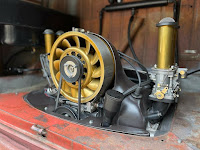 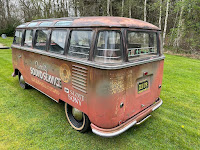 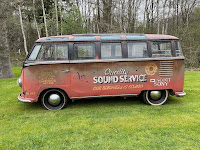 This model is the rarest of the rare being the 23-window variant. Don’t mistake this bus for the more common earlier non “Barndoor” models. The nickname “Barndoor” comes from the larger rear engine cover on the vehicle and NOT the side cargo door (which most people assume the name relates to).

The bus was rescued from the dead in California a few years ago, brought over to the UK, and restored by the new custodian using some of the best builders in the UK. The full restoration to an original condition as possible was key to preserving this bus’s history. Everything was restored other than as much of the original paintwork as possible to keep the originality. A new chassis and main floor pans were needed and so the main structure of the bus is essentially brand new but with all the original outer panels, boot, and wheel linings still able to be rescued. This was a nut and bolt restoration which would have taken far longer than a standard “show” restoration due to the extra work required to save the older panels to preserve the history of this epic bus.

I personally then took over the custodianship of the Quality Sound bus around 2020 and decided to take it to the “next level”.

As part of this “Phase 2” I’ve spent an additional £50k in upgrades and further work on the bus which now allows the bus to cruise at 80mph on the motorway!

These include: Further paint restoration and blending to improve the appearance and hand-done sign writing - work by IRVs restos.

The interior of the bus has some pretty special and original parts. When it came to the UK it needed a new sun visor which is a VERY hard part to find. I eventually sourced an NoS (New Old Stock - i.e. rare as rocking horse sh1t!) one which cost £1,800 alone! *Yes, you read that right!* It also has a period correct Blaupunkt radio which is installed but to be fair needs wiring in still, this was around £1,900. There is the rare deluxe clock and original speedo present of course also. The rest of the interior is a camping interior which works well and is very usable, it does still need the headlining though. The seating has a centre removable section which turns the rear seats into a full-size double bed which is extremely comfortable (I’ve camped in it a few times). It has new “jail bars” around the rear windows to protect them from luggage and it also comes with a full set of interior window black-out blinds which are magnetic and attach to the windows to give you a very restful night's sleep when camping… in total darkness! The rear parcel shelf has also been given some love with a new custom mat.

In terms of price, I can also consider selling without the engine & gearbox package for a reduction in the price of around £10k so if you’re thinking you want to go the complete stock approach again then that’s also entirely possible.

Please arrange a viewing or give me a call to discuss this further. I can send more photos via WhatsApp e.t.c. if needed. I’m based nr Reading, RG7.

Below is a more detailed specification for the engine geeks out there ;)
2.6 Ltr engine
Type 4 Crankcase
Machined & ported for Porsche fan shroud Align Bored