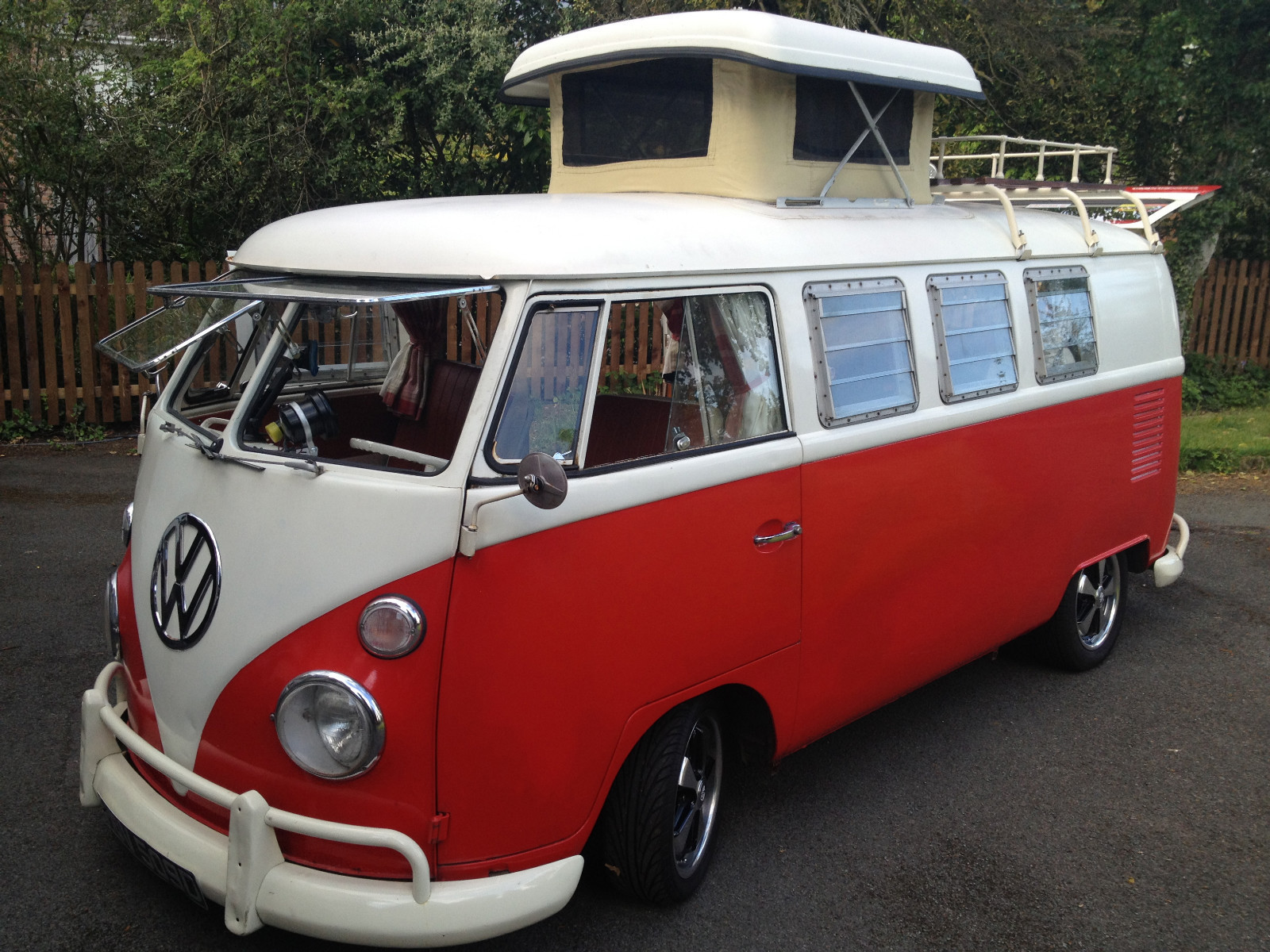 Year of construction 1966. Volkswagen Splitscreen Camper for sale in UK on good condition. 1966 VW Splitscreen SO42, 11 window bus finished in Color cobination red and white. The bus was imported from America in 2008 and i have owned it since June 2010 and whilst in my ownership no expense has been spared!


Volkswagen Transporter
My first priority was to improve the ride, so independent rear suspension was fitted with drop spindles to the front together with disc brakes - it beats me how people manage to stop in these 50 year old buses with drum brakes!!

Around the same time I had a Beetle 1302 GT gearbox fitted to alleviate the clunking in 1st gear!. I then fitted 15" Replica Fuch Alloy Wheels with new tyres (skinny 185-45 at front so they don't catch the arches)

The bus has been regularly used as intended and as a family we have done loads of camping and V dub shows all over the country including a holiday to Biarritz - as a consequence of this - I got tired of changing down to second gear to negotiate hills - so last July I had an 1834 cc engine fitted with new clutch, the bus has covered 2418 miles since then and there is the remainder of the Guarantee until 13 July 2013.

To compliment the engine, i have fitted twin 34 ICT carburettors and a Vintage Speed exhaust.

The interior is dark wood with new foam in the cushions, there are new seals fitted to the windows, seat covers, door cards and carpets have been replaced. The pop top has a new canvas installed.

I have fitted creative engineering safari windows to the front.

Has a 5 " tacho with shift light and a Just Kampers 3 bow Roof Rack.


More images and more detail please contact the seller below