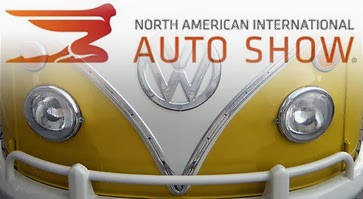 Detroit Auto Show is the big event in the US is an annual auto show held in Detroit, Michigan at Cobo Center, usually in January. It is among the largest auto shows in North America and is a very important event for all worldwide car manufacturers to introduce their products to the North American market, especially in the US. Similarly, with Volkswagen, Detroit Auto Show carry a history of the Volkswagen Bus / Microbus / Transporter.., Why...?

2001 Detroit Auto Show, for the first time Volkswagen showed off a real VW Microbus concept car, and also presented other Microbus configurations on a miniature scale model, such as the panel van, pop-up camper top, was also a pickup, and double cab truck. During the decade after the event, the concept was never produced.

And then in 2011, the next decade period, Volkswagen showed off the Bulli concept car at the Geneva Auto show, it's the smaller microbus. Volkswagen confirms this is a new microbus for 2014. Hmmm..., is that true? No have a valid answer about this, still, wait and see. 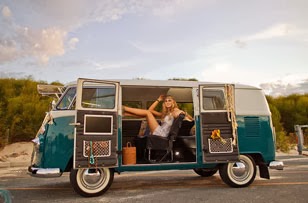 So we've seen, for more than a decade, Volkswagen has the desire to revive the microbus, twice with different designs concept for each microbus in 2001 and 2011.

But you know..., What's this all about? It's just a research market for Volkswagen, it's my personal opinion.

Maybe this is a real-purpose marketing setup for the new Bulli 2014. Maybe yes... Maybe no..., but the actual issue is new safety regulations had stop the Bus journey.

For the truth... let's come to the event, maybe we got the answer about Newly Volkswagen Bus at the 2014 Detroit Auto Show.