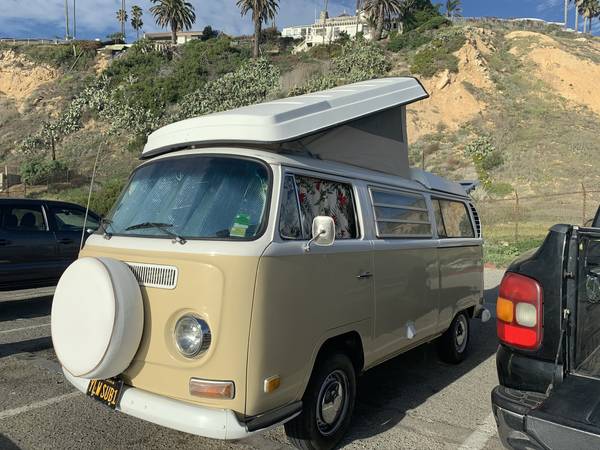 Year of construction 1971. Volkswagen Westfalia Camper Van for Sale in San Pedro, Los Angeles. This is a pop-top camper based on an Early bay window bus made by German builder Westfalia on early of the 70s, over half of a century still all-original never touched by restoration, and runs and drives well being offered on craigslist looking for a new owner.

It could be a remarkable example of the German model and is more valuable than the Brazilian or Mexican assembly line. If you're interested, come closer inspection is a must to appreciate.

Condition: 1 Excellent
(the highest professional standards or a perfect original car in every area, appearing and driving as new)


Details by owner
Beautiful Volkswagen Westfalia pop-top, all-original bus MANUFACTURED in Germany. Westfalia kit was installed at time of manufacture. All VIN #'s match. California vehicle, always garaged! Never a restoration... always in great condition, lovingly maintained and improved.
Westfalia Camper package includes pop-top with new canvas, AC power exterior/interior outlet, fold down table, rear facing seat behind driver's seat, fold-down Z seat converting to a bed, and cabinet for clothing, storage and gear.
Walkthrough between driver and passenger seats. Sink/fridge-cooler unit has been removed for easier ingress and more room for stuff.
Runs strong: all stock 1600cc Engine and Carb Rebuilt in 2018 with only 31,500 miles on it. New ball joints. 12 Volt electrical.
New: custom upholstery, Kenwood stereo with Bluetooth and remote control, aloha curtains, wood interior paneling, pop-top canvas, battery. I baby her as a Sunday driver/show car, but can easily be a daily driver. RUNS STRONG and will get up and go. Rebuilt engine is barely broken in. 80MPH on the freeway, no problem. Odometer has rolled over, but mileage shown is actually close to miles put on the rebuilt engine.
100% restored inside and out. Everything works.
Exempt from smog test!
Classic factory color Shantung Gold paint, which is like new. Jalousie windows for great look, and improved air flow for comfort while hanging at the beach or camping.
1971 may be the best year for the original bus as it was the first year they put disc brakes all the way around, and added power to the 1600cc engine by adding dual ports. Plenty of storage under the rear Z-seat, in the side camper cabinet, under the jump seat behind the driver’s seat, and on the built in roof-rack . It comes with front window matching curtains, and rear canvas with mosquito netting to enclose the back hatch when open.
New tires. Personal license plate 'YLW SUB 1' can be transferred at sale if desired.
Must see this vehicle. Super clean. 100% complete. Turn-key, runs great. You don't have to do a thing! Clean title in hand.
Great Christmas gift for that spoiled kid.
See more info about how this German made vehicle holds much more value than Brazil or Mexican manufactured busses, as well as aftermarket 21 or 23 window busses.

Volkswagen introduced the second generation of their Type 2 in 1967. Known as the T2, the second generation of Type 2 van featured a new and more angular front end, as well as a single front window. This single windscreen has given the T2 its nickname the "Bay Window." While sporting updated styling, the T2 still carried many of the styling cues established in the first generation. The T2 featured many notable variants, including the Westfalia. Built until 1979, the T2 was replaced by the T3 Type 3

The second generation of Volkswagen Type 2 Westfalia was introduced in 1967. Volkswagen used the name Westfalia to designate their camper models. Designed for camping and overnighting, the Westfalia featured modifications to the interior and exterior in order to create the outdoor focused van.

The T2b was introduced by way of gradual change over three years. The first models featured rounded bumpers incorporating a step for use when the door was open (replaced by indented bumpers without steps on later models), front doors that opened to 90° from the body, no lip on the front guards, unique engine hatches, and crescent air intakes in the D-pillars (later models after the Type 4 engine option was offered, have squared off intakes). The 1971 Type 2 featured a new, 1.6 L engine with dual intake ports on each cylinder head and was DIN-rated at 37 kW (50 PS; 50 bhp). An important change came with the introduction of front disc brakes and new roadwheels with brake ventilation holes and flatter hubcaps. Up until 1972, front indicators are set low on the nose rather than high on either side of the fresh air grille – giving rise to their being nicknamed "Low Lights". 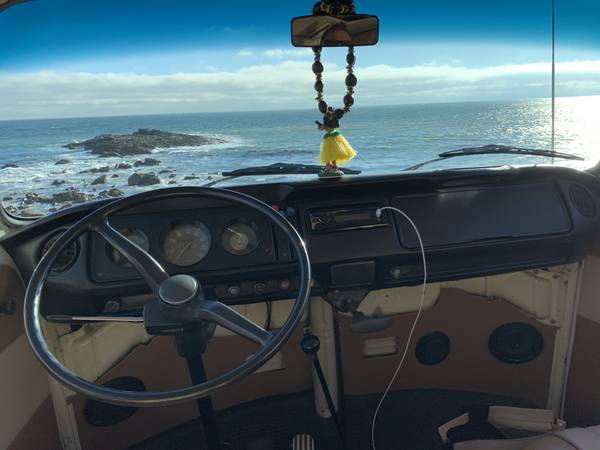 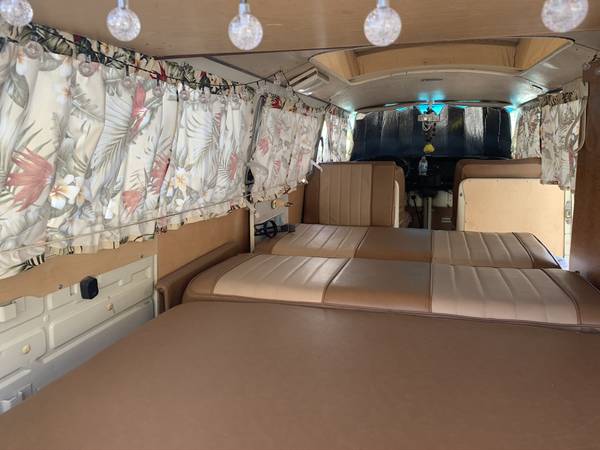 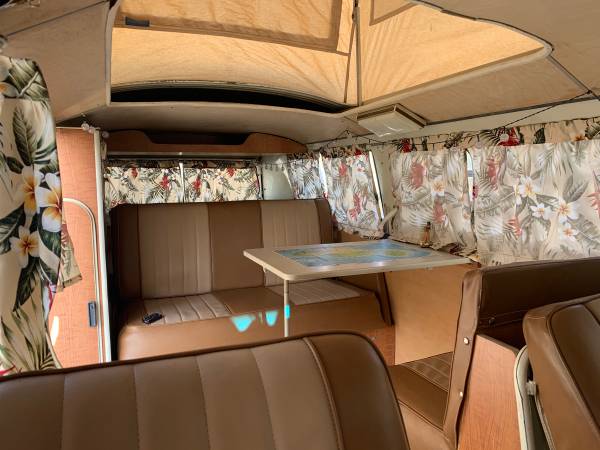 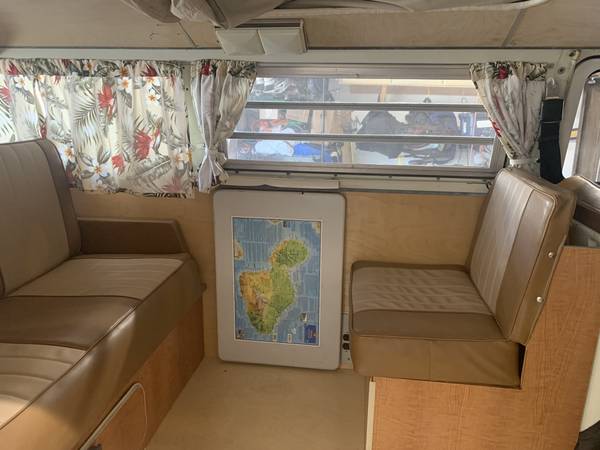 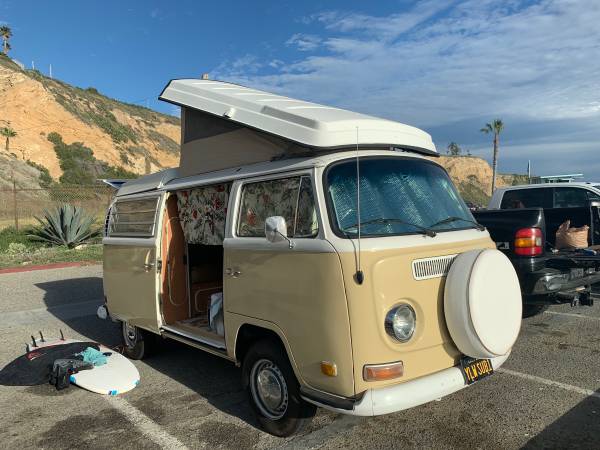 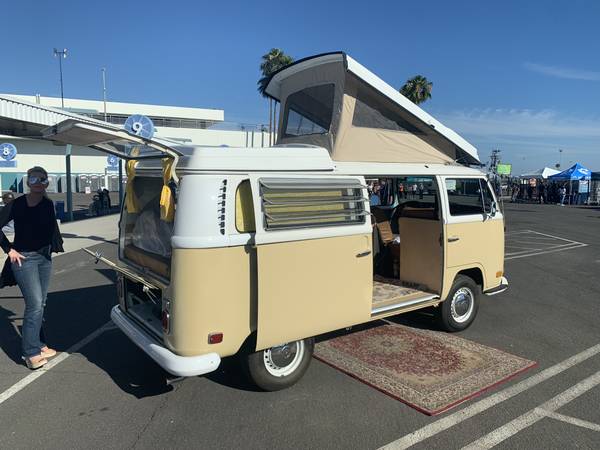 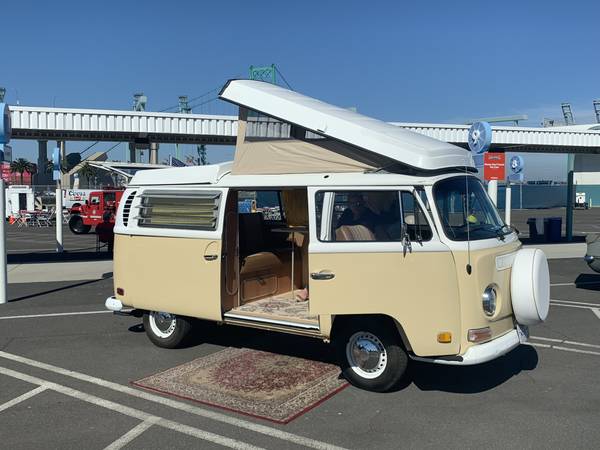 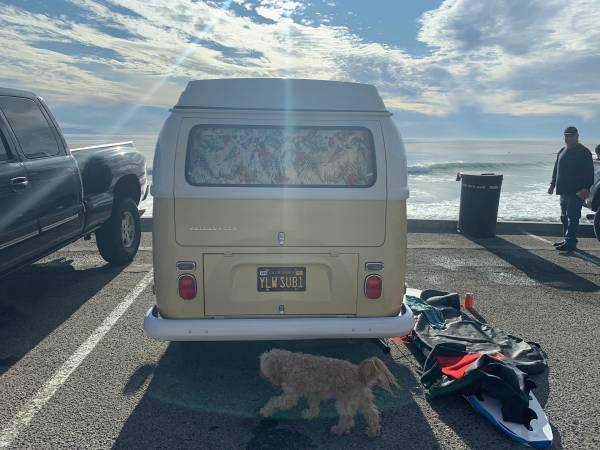 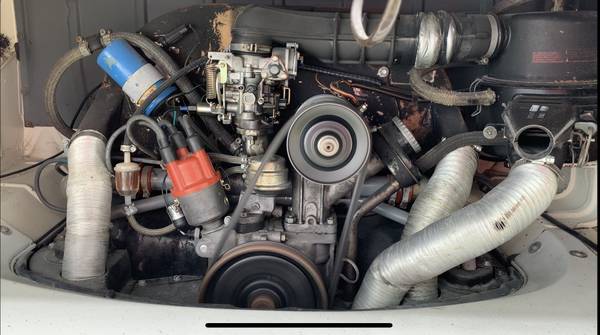