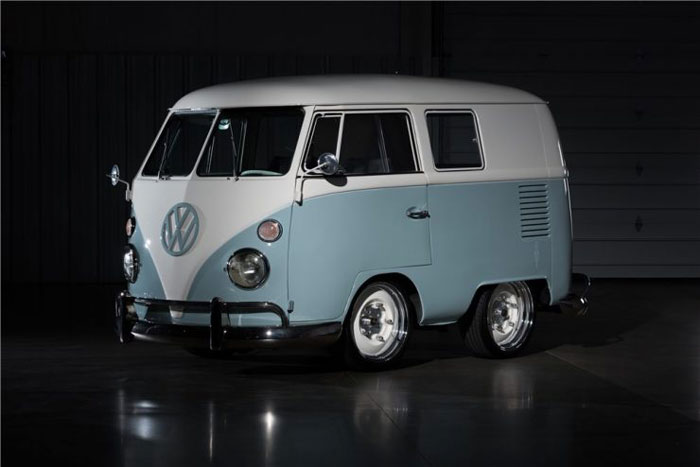 Very fun to see a cute VW Shorty Bus especially like this condition, as shown here is the first generation Type 2 was totally restored and custom by the Gas Monkey Garage team during an episode of their show Fast N’ Loud back in 2014. Is said exceptionally poor condition when it arrived at the Gas Monkey Garage and it was first VW Bus they had ever handled. Reportedly the team has painstakingly worked to restoring this bus, but the outcome so cool it never will let you down. Look like built as a show car or only for display, but it's a real car, entirely roadworthy can be runs and drives very well – although can not running fast as a Ferrari.

Although unclear year model it come from, we believe it's a sixties model were is the top of the most desirable VW bus model. Due a rise in popularity for in recent years the original shorties will have a same degree with their original-wheelbase brethren – making the value significantly high. The bus will go under hammer at the Las Vegas Auction with reserve not met and no estimated value, its due to be held between the 13th and 15th of October.

Update the bus have been sold through a knock by hammer for $33,000