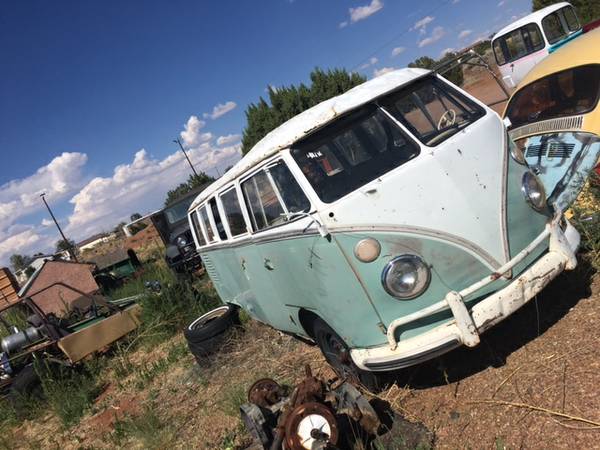 Year of construction 1964. Volkswagen Deluxe Bus for sale in Show Low, Arizona. Found this one being offered at Craigslist sold as a non-running project of the 13 window deluxe bus with turquoise colour and was stored outdoors on the yard for how long is unknown and now has significant rust on some places especially on top and some dents shown in very limited photos.

Widely restoration needed, seems like some components have been disassembled with some broken windows glass was shown, also the engine and gearbox have been stripped and lying out of his place as well as a pair of rear wheels with its spare.

Unfortunately the inside shots is not provided so is hard to find out how far his gone, a closer inspection needed to find an accurate calculations. Asking $30000 and may need another $10000 or more to restore his life.

Here's some good examples can be a reference for you, 1964 Volkswagen Standard Bus and 1964 VW Microbus Deluxe 13 Window. 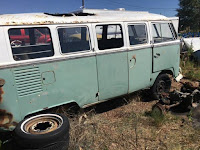 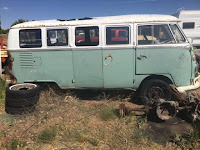 Details by owner
Yes it is. 64 deluxe bus no rust have a rust free top, please no texts no chit chat call only if you have cash money a trailer and the money to get her running again.