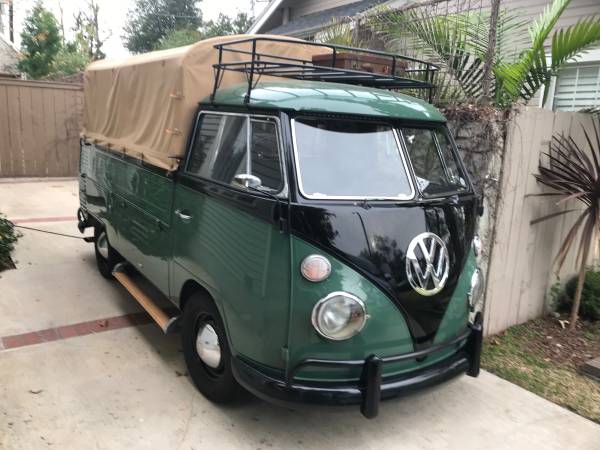 Year of construction 1965. Volkswagen T1 pickup truck for sale in Monrovia, California. Found this listed on Craiglist as a very nice example of the first generation Volkswagen single cab truck, released in 1965 based on Beatle chassis commonly known as the T1 model.

More than half a century ago, this truck was imported from Germany to Los Angeles, today being offered for sale by a third owner. Described as in excellent condition in and out with many funds invested to keep clean of rust, it could be not disappointing. If you're interested come closer inspection is a must to appreciate. 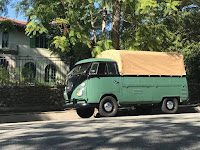 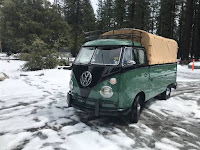 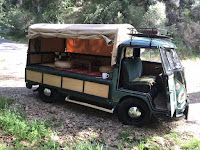 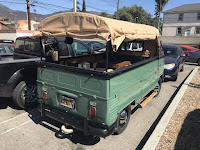 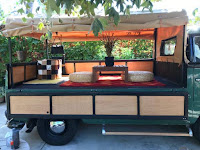 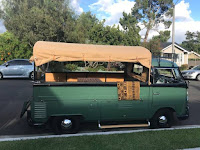 The previous owner carried out a detailed restoration before I purchased it 3 years ago. I’ve added the canopy, roof rack and wood accents in the bed along with some other interior bits.

I’ve used it as a daily driver for the last three years. Love love love the bus but extended travel is keeping me from driving it as much as I would like and I hate to see it sit.

The paint is superb velvet factory green with two tone black. Lots of custom details. Picture don’t do it justice.

Motor is a 2276cc with dual Dellorto 48mm carbs. Tranny has a 412 upgear ring on it. Very elaborate oil cooling system.

Some of the custom modifications include safari windows front and back, type 3 lid in bed to access motor, Porsche 365 grill in engine deck lid, custom gauges hidden under visor in cab, vintage digital radio with usb, custom hand pinstriped, and custom upholstery.

With rusty projects going for 20k, there’s no way you could build such a fine machine for this price.